It’s a complete norm in the software development community to compare and contrast different programming languages.

Many programming languages share similar features, syntax, and use cases, so it’s quite understandable why beginner and veteran developers would constantly make various comparisons.

Just as with every #technology out there with an alternative (competitors or similar technology), web #developers have a personal opinion regarding which #programming language is better when presented with multiple choices.

In this article, we’re going to be focusing on the differences between PHP and Java in an attempt to help you better understand which of these two beasts of languages would be best for your use case.

But first, to make sure we’re all on the same page, let’s take a look at these languages individually, what they do, and a brief explanation of how they work.

Java is an object-oriented programming language designed to be simple and not require any specific previous knowledge.

Java also provides a simpler way for programmers to write programs independent of the operating system they were written on.

The compiler runs in one environment, meaning it can compile code regardless of the target platform or hardware architecture.

Java is a general-purpose programming language that can be used to develop web and desktop applications.

It was introduced by Sun Microsystems in 1995 with the release of Java One, a trade show for software developers.

Java works by compiling a piece of code into something called bytecode. Bytecodes are like machine language for the Java Virtual Machine (JVM).

The JVM’s job is to take an application, interpret it and run it on any computer platform that has installed its virtual machine software.

The JVM can be thought of as something like Microsoft Word – you don’t need to know how Windows works to use Microsoft Word, just like with the Java VM: you do not have to understand anything about hardware or operating system specifics to write applications using this environment.

PHP is a server-side scripting language, which means it runs in the web hosting rather than in your browser.

PHP works by executing its code in the server and sending a response back to a browser. It can be used as either an embedded scripting language or a general-purpose programming language executed by a web server.

The PHP Hypertext Preprocessor does more than just display text on a screen – with PHP scripts, you can create custom functions and build database-driven content management systems (CMS) for websites too!

Interestingly enough, WordPress, which is the most used content management system in the world, was built using PHP and uses it as its programming language.

So if you’re doing anything that has to do with content management systems like WordPress, learning to code PHP would equip you with all that’s needed to manage, extend, and implement new features.

When using PHP for constructing dynamic web pages, it’s common to embed small chunks of dynamically generated content within HTML templates stored on the website: for example, echoing out variable values from database queries; printing out notifications after submitting form data; generating navigation menus from markup tags in text files, or displaying advertisements based on what page you’re viewing.

PHP is also popular among developers because it provides features such as Active Record (a DAO), PDO drivers, support for the MVC architecture pattern with frameworks like CodeIgniter and Laravel.

What Are The Differences between PHP and Java?

The PHP and Java programming languages have many similarities. Both are object-oriented, imperative languages with a syntax that is similar to C or JavaScript. They both support low-level operations on strings and arrays and high-level language features such as objects, classes, inheritance, functions, methods, etc.

The major difference between PHP and Java is their use cases; PHP works well for creating dynamic web content, while Java can be used to create any software package from desktop applications right through to enterprise business technology systems.

With PHP, you can create native mobile applications by using tools such as PhoneGap or Sencha Touch.

The PHP programming language is an entirely open-source product, so there are no licensing costs associated with it!

On the other hand, Java cannot be used for most front-end development (although it’s possible) due to its need for Java applets for anything to be displayed correctly when executed in your browser. And it can only run on a hosting provider that actually supports java hosting.

As far as back-end languages go though, Java has long been one of the best choices available because of how reliable and secure it is.

Java has a reputation for being very robust and reliable and has fantastic performance in most cases because of its use of the JVM (Java Virtual Machine).

This means that if you’re looking to build a web application from scratch, PHP would be your best bet because of how versatile it is in this regard.

If, however, you already have some kind of project or app going on with other languages involved, such as C++ or NodeJS, then switching everything over might not make much sense at all since it’s more complicated than just using one language for it all.

Can Java and PHP work together?

Yes. PHP and Java are two completely different languages, but they can work together when Java is used to build the back-end of an app while PHP provides a front-end interface for it.

Apps built with both PHP and Java might involve some kind of API connecting them or one language compiling into another at compile-time, like with C++ and NodeJS, so these combinations can make sense in certain situations where you need both.

You could also use a framework that supports both languages to achieve a crossover, i.e., Symfony or Zend.

Is PHP easier to learn than Java?

Yes. PHP is a coding language geared more towards beginners than Java, although both languages require some time to learn the basics and take advantage of what they have to offer.

This just means PHP has fewer moving parts for people who are new to programming, which may make it feel easier when working with logic statements in particular since there are fewer variables you need to change before testing something out.

Java vs. PHP performance (Is PHP faster than Java?)

Yes. PHP is interpreted without any compilation, which means it runs about 40x faster than Java.  This makes PHP a great language for high-traffic websites with lots of data that needs to be processed quickly, so they don’t crash under the weight of all those requests coming in at once.

That being said, there are optimizations you can do to get some similar performance out of Java – and if your app won’t ever have more than 100 concurrent users on each server instance, then this isn’t really an issue anyway; both languages will perform equally well in these scenarios.

Which is more secure, Java or PHP? 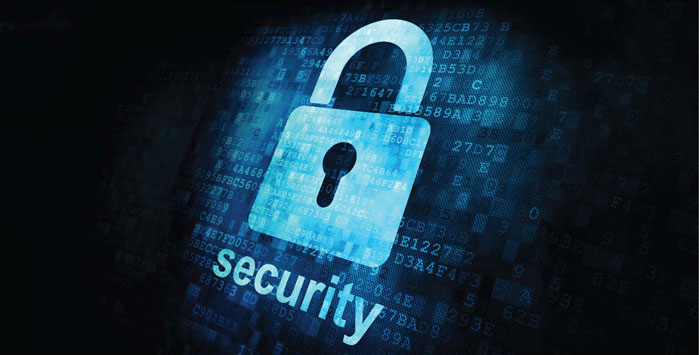 This is quite a difficult question to answer. PHP has had more known security vulnerabilities than Java. Still, the PHP developers are also much quicker about fixing these issues, so it all kind of balances out in the end.

It’s worth mentioning that both languages have proven themselves reliable enough for high-traffic websites with lots of data processing needs – even though they’re not as secure as some other options like Ruby or Python (which seem to be pretty common choices).

If you’re looking for something really bulletproof and completely free from vulnerabilities, then go ahead and use PHP.

If you want something more stable with less risk to your website’s future success, then try Java instead.

Java is more secure in many cases, though, as PHP doesn’t have the same security restrictions because it’s an interpreted language that runs on top of other languages like Apache or MySQL, allowing for some coding shortcuts that a compiled language wouldn’t allow.

That being said, most PHP frameworks come with their security measures to help mitigate any potential issues. So if you’re using something like Laravel, then there won’t be much difference between the two in this regard.

Can I switch from PHP to Java?

You can switch to Java, but you should know that PHP is a lot easier to learn. The learning curve for Java is much steeper and more complex than for PHP.

It’s also worth mentioning that there are many frameworks available in PHP.

In contrast, Java only has one major framework – Spring Boot – which has drawbacks, such as the lack of out-of-the-box or plugin functionalities like authentication modules found in other languages (e.g., Auth0).

So yes, you can switch from PHP to Java, but it does require you to have strong coding skills. Due to the differences in syntax and structure, it will be difficult for someone who’s only used PHP before to jump into Java without any experience – but as long as they have a good understanding of OOP (object-oriented programming), then they’ll find some similarities between the languages that should make things easier.

Conclusion: Which is better, Java or PHP?

If you’re looking for a technology that will allow you to create dynamic web content, PHP is the right choice. Java can be used to make any type of software package from desktop applications through enterprise business tools.

The major difference between these two languages is their use cases. At the same time, PHP excels at building dynamic websites and apps; Java has more high-level features such as object-oriented programming and classes with inheritance capabilities which give it an edge when creating anything other than simple web pages or user interfaces.

While this debate rages on, it is worth noting that many programmers are still using both languages.

It can be difficult to predict which language will come out ahead in the long run. Still, for now, developers should have a basic understanding of each so they can make an educated decision about what best suits their needs and skillset.

What is your opinion? What do you think about PHP compared to Java? Let us know in the comments below!